Altitude and Space Simulation vacuum systems are presented that can be configured as test beds for optical systems. These test beds can offer optical testing capabilities at a variety of temperatures and vacuum pressures with PC touch screen GUI control and monitoring.

With the PC Touch Screen Package, the operator is free to define new pressure and thermal setpoints and profiles on the fly. Engineers and their QC departments appreciate the optional features enabled by programming the pc to acquire and log data, and to message operator mobile devices. Engineers may similarly precisely define their procedures by programming in test variables for the operators to execute. In addition, engineers can connect in remotely to reprogram, acquire and log data, and even to operate the system remotely. Read on »

Leaks are never good. They’re even worse if you’re flying in an aircraft at 40,000 feet. That’s why aerospace manufacturers and suppliers spend countless hours testing critical components. Fuel systems, engines, landing gear, ventilation systems and other aerospace devices that rely on numerous tanks, pumps, actuators, lines and fittings must be tested for tightness during both assembly and maintenance applications.

… “Before launch, the products must experience space-like temperatures and vacuum levels, and be shown not only to survive the extreme ranges, but also to operate within specification before, during and after,” says Margaret Bishop, business development manager at Abbess Instruments. “Space simulation chambers are key to these tests.” The custom-built equipment simulates launch-to-space pressures, focusing on space vacuums at altitudes above 100,000 feet… Read on »

I’ve heard that our competitors degas their epoxies: Why is that necessary?
I have an homogenous liquid that needs to be degassed: Why should I stir it while degassing?
I have to mix more than one component together and the final mixture needs to be degassed:
Should I mix my product while degassing?
I have to fill a mold with my degassed mixture: Why should I fill the mold under vacuum? Read on »

Method for Effective Degassing of Wicks

A process for degassing or presoaking wicks used in the manufacturing of candles. Spools of raw wick are placed in a wax bath. The door to the vacuum chamber is then closed and the pressure in the chamber is reduced. The reduction of the pressure forces wax into the wick fiber to ensure complete saturation of the wick.

…This wick degassing process of the present invention uses vacuum technology. Wikipedia defines a vacuum as a volume of space that is essentially empty of matter, such that its gaseous pressure is much less than standard atmospheric pressure. Standard atmospheric pressure is 760 torr. Referring to FIGS. 5 and 6, the vacuum used for the wick degassing process of the present invention is achieved in a vacuum chamber 20 of the type that, in a preferred embodiment is sold by Abbess Instruments and Systems, Inc. of Ashland, Mass. under the designation CHM-CB-AL-36-AC… Read on »

…An intimate mixture of glass microbubbles, obtained from 3M Company under trade designation “3M GLASS BUBBLES iM30K” in glycerol (“Mixture 1”) was made in an evacuated Abbess Instruments Hand Mixer (Abbess Instruments, Holliston, Mass.) at a full vacuum, and allowed to de-gas under full vacuum with occasional re-mixing to maintain a homogeneous dispersion of the glass microbubbles in the liquid over a period of 30 minutes… Read on »

Volatile organic compounds emitted from a several decade series of bound periodicals (1859–1939) printed on ground wood paper, as well as historical books dating from the 1500s to early 1800s made from cotton/linen rag, were studied using an improved headspace SPME/GC–MS method. The headspace over the naturally aging books, stored upright in glass chambers, was monitored over a 24-h period, enabling the identification of a wide range of organic compounds emanating from the whole of the book. The detection of particular straight chain aldehydes, as well as characteristic alcohols, alkenes and ketones is correlated with oxidative degradation of the C18 fatty acid constituency of paper. The relative importance of hydrolytic and oxidative chemistry involved in paper aging in books published between 1560 and 1939 was examined by comparing the relative abundances of furfural (FUR) a known cellulose hydrolysis product, and straight chain aldehydes (SCA) produced from the oxidation of fatty acids in paper. The relative abundance of furfural is shown to increase across the 379-year publication time span. A comparison of relative SCA peak areas across the series of books examined reveals that SCA emission is more important in the cotton/linen rag books than in the ground wood books.

… samples subject to optical testing were degassed using a vacuum chamber (degassing) chamber, such as, a 14-inch cube stainless steel vacuum chamber available from Abbess Instruments having offices … Holliston, Mass., 01746, USA. The samples were placed into the degassing chamber before it was cured to a solid. The chamber was sealed and a vacuum was applied which removed the air from the chamber. The air contents of the polymer were then able to effervesce thereby resulting in the air being removed from the code. The procedure ensured that air bubbles did not compromise the cured polymer’s optical properties … Read on »

Report developed under Broad Agency Announcement. This report documents a two-year project aimed at developing steam-jet refrigeration technology that can be integrated with superheated-liquid injection cogeneration (SLIC) cycles in Army kitchens or with MesoScale Steam Engine Generators (MSEGs). During the first year, focus was on designing a flexible laboratory platform suitable for developing and testing steam-jet hardware. In the second year, the test stand was enhanced to provide for semi-automatic control, and significant evaluation data was obtained. Candidate evaporator systems were tested, and alternate approaches to cold storage were explored. The project results provide a solid theoretical and experimental basis for the development of practical chilling equipment. The contractor, Yankee Scientific recommends further development programs that would leverage existing MSEG resources to build a standalone JP-8 fueled steam-jet refrigeration system mature enough for demonstration.

… The evaporator chamber (Figure 8) was manufactured by Abbess Instruments and Systems. It can withstand the nearly 15 psi external pressure when operating at the design suction pressure of 0.09 psia… Read On » 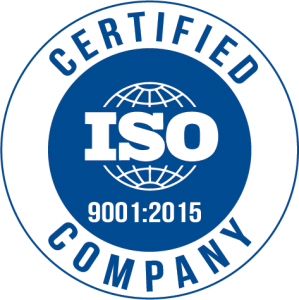 Abbess is a member of ASTM, AVS (American Vacuum Society), and the Cryogenic Society of America.

Use your credit card or prepay and get expedited fabrication and delivery.

All performance specifications stated, including but not limited to, pump-down rates and vacuum levels make the following assumptions: If you require performance specifications for conditions other than those listed above, it is vital that you make this known to Abbess Instruments in writing.  Generally Abbess Instruments recommends choosing chamber and pumping system qualities capable of achieving a theoretical vacuum at least an order of magnitude better than the desired operational vacuum.
It is to be noted that a specification described as '10-5 Torr' is a range, and means the clean, empty, dry chamber system is capable of reaching some undetermined value between 1.0x10-5 and 9.9x10-5 Torr: The (clean, empty, dry) chamber is deemed compliant whether its As-Built base vacuum is 1.0x10-5 Torr or 9.9x10-5 Torr. It does not mean that the chamber is guaranteed to reach every level within that range.